Food forestry intentionally integrates food-producing trees and shrubs in built environments to bolster community resilience (Clark and Nicholas 2013). Examples include public orchards and community food forests (Figure 1; Figure 2). Food trees as part of urban blue-green infrastructure enhance important ecosystem services such as providing shade, reducing runoff by stabilizing soils, and increasing biodiversity while simultaneously providing access to nutrients that are absent from many American diets (Lafontaine-Messier et al 2016; Clark and Nicholas 2013). In the last two decades, there has been an increase in urban agroforestry projects primarily in large metropolitan areas in North America and Europe (Bukowski and Munsell 2018; Hübner et al 2018; Clark and Nicholas 2013), but little is known about its use in smaller towns. 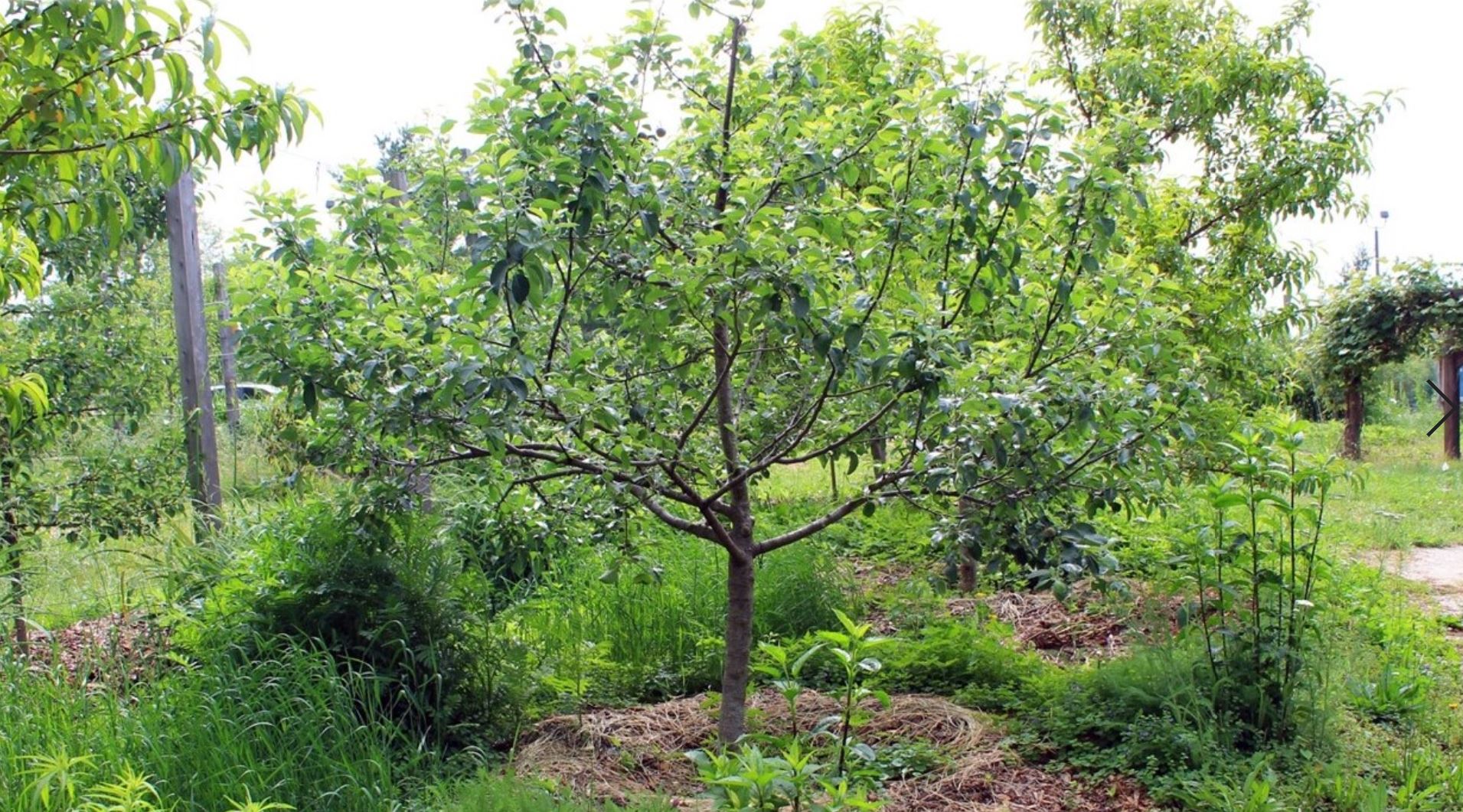 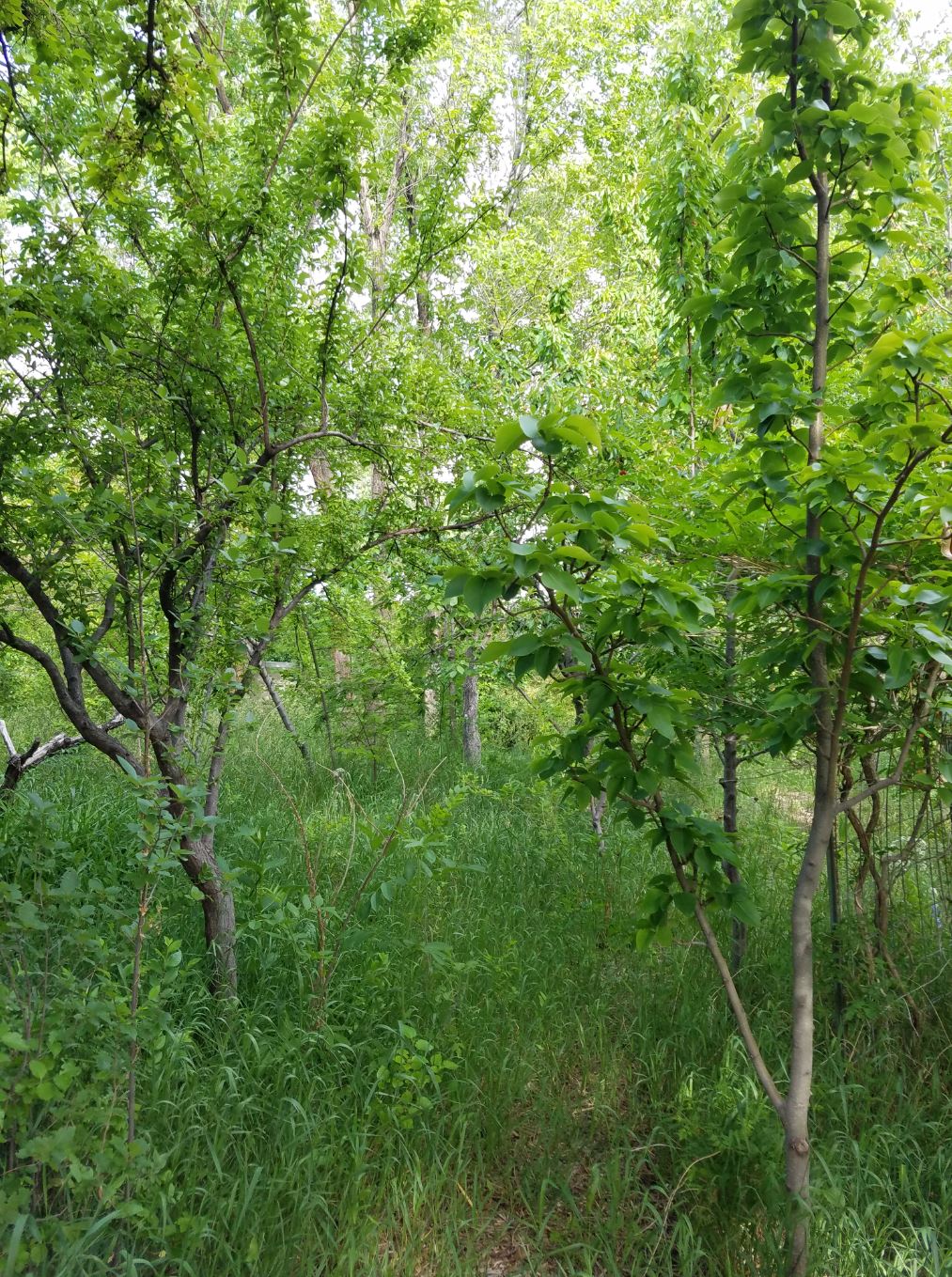 Sixty-eight mayors of small towns (<25,000 residents) in Virginia, U.S., recently used a survey to weigh in on the use of food-producing woody perennials in public spaces. Their concerns were similar to those reported previously, such as maintenance and capacity, and potential impacts on citizen safety. However, it was interesting that mayors saw the greatest potential not in terms of food production, but rather opportunities for education, recreation, social gathering, and community building. This emphasis on cultural ecosystem services as defined by the Millennium Ecosystem Assessment has played an important role in the design and implementation of initiatives around the U.S. (e.g., Bukowski and Munsell 2018).

Emphasizing cultural benefits may be an effective strategy for citizens and civic organizations seeking to implement food forestry projects, which can fold in other functions such as regulating, provisioning, and supporting ecosystem services. Town governments also might consider collaborating with community organizations, schools, or places of worship to address long-term maintenance concerns, especially if the fiscal and human capital of local governments are stressed.

It was not terribly surprising to hear that most towns have not dedicated staff time, formally identified space for food forestry projects, or established complimentary legal frameworks that would make such action feasible. The use of zoning codes was up for debate among the mayors, with perspectives running the gamut of opinions. In some cases, residents already had access to suitable private land and were attempting projects to varying degrees. In the end, the mayors reported that most small towns are cash- and infrastructure-strapped and the potential to advance food forestry in public space is likely to be limited regardless of the benefits. It is important to note, however, that spikes in implementation often follow crises such as global conflict and economic recession (Bukowski and Munsell 2018). Who knows how perspectives and possibilities will change due to the coronavirus pandemic.

Regardless of the current rates of implementation and potential hurdles, the ability for any given town differs, and the situation is better for some compared to others. Several small municipalities in Virginia are quite optimistic and capable, and presently have or are in the process of developing policies that support food forestry initiatives. They tended to benefit from a supportive cast of citizens and have ample open space where projects could take root. On the other hand, several towns struggle with these issues and are unlikely to move forward anytime soon. Either way, municipalities and residents would benefit from assessing the possible opportunities and challenges together, and there is evidence that many towns have food forestry advocates just as in cities. When they speak up, the issue gains traction in the public sphere, leading to creative thinking and action that can help overcome early challenges by optimizing the ecological, educational, and public health benefits that are collectively valued toward new and unforeseen opportunities.

Small towns are changing worldwide, and this has implications for managing green space in built environments (Forman 2019). Ecosystems likely will be strained in coming decades as human population growth continues, thus heightening the need to strengthen local resilience. If the 68 Virginia mayors are a window into the world, then policies promoting food forestry systems in small towns are few and far between, but the potential exists if the right benefits are emphasized and the need transcends the scope and scale of any given project. In that regard, “local” may find greater space in a community’s consciousness given our current circumstances, and food forestry could play an important role in the years to come.

Forman, RTT (2019) Town ecology: for the land of towns and villages. Landsc Ecol