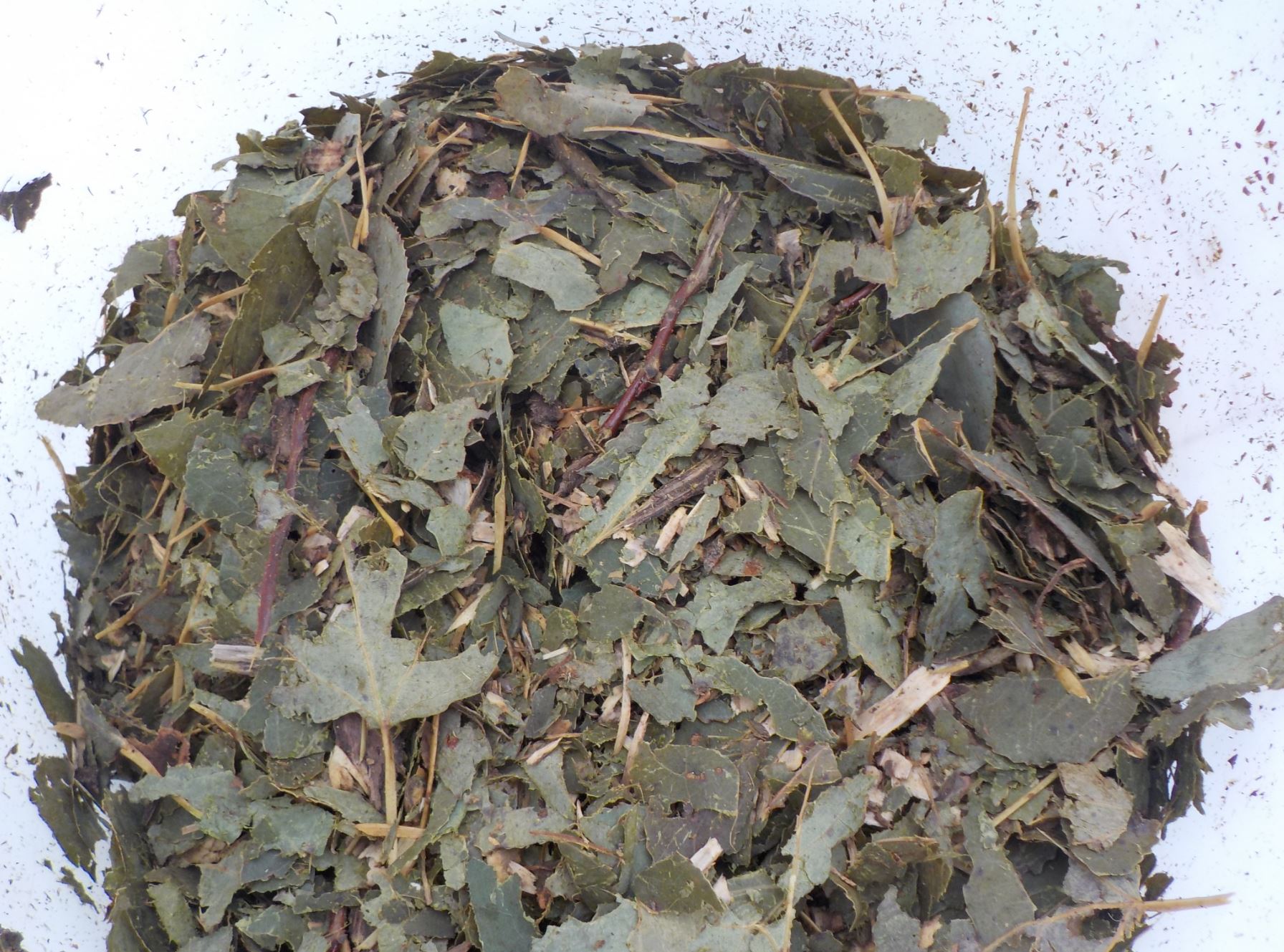 In 2011, Helen Read, UK sent the full report of her pollard study-tour (Read 2003) in which she described Kåre Solhaug’s feeding of dried chipped leafy branches to his sheep in Norway.  In 2016 Ingvild Austad sent the English summary (posted on the “Tree Fodder Resources” page of https://3streamsfarmbelfastme.blogspot.com), and later the full report, of their extensive study of the value and feasibility of both dried and ensiled shredded leafy branch fodders for modern sheep farms, also in Norway (Austad et al. 2003).  Such international help led to these current US efforts.

Intact leafy branches dry very easily without molding, even under a tarp, but when chipped or shredded, they must be spread in a thin layer to dry.  Silage takes much less processing and storage space, leaves less cumbersome waste, and is traditionally said to be more digestible for cattle and hogs than are dried leaves.

All stored leaf fodders (white ash, white and yellow birch, red maple, red oak, big-toothed and quaking poplar, and hybrid willow) were found to have higher Relative Feed Values than grass-based fodders and a rich assortment of minerals, but were lower protein.. Differences in nutrition of chipped versus leaf-only silages, and ensiled versus dried fodders were examined, and livestock responses from SARE FNE18-897 were juxtaposed with lab data.

Silages were packed fresh by hand into plastic barrels or buckets with imperfect gasketed lids.  Often plastic bags were used within to separate silage batches and ensure seal.  Without a bag liner, a smaller leaf-stuffed bag on top improves the seal plus makes the lid easier to close without pieces in the way. Ensuring a good seal is important, though small amounts of oxygen will be used up immediately and will not cause mold, as long as new oxygen does not enter during or after the ensiling process. On a larger scale, traditional silos or three-sided bunkers, or sections of large tubular silage bag on pallets for moveable 1 ton quantities can be tried.

DairyOne provided standard laboratory forage analyses.  Both the ensiled and the dried samples retained structural form and some color (Figure 1 above and Figure 4 below),  such that the lab technicians mistakenly coded them as fresh rather than stored samples, despite harvest dates noted at an average of one year prior to sending. Next steps include modification of chipper/shredder equipment to try separation of lighter leaf matter from heavier wood chips, for more densely nutritious silages, and exploration of the acids and microbial populations  in tree leaf silages, which are very aromatic and palatable, but different than those in grass silage.

Tree leaf based feeds were traditional for many millenia.  Layers of foliage can remediate climate disruption.  With use of modern equipment and further study, tree leaves have potential to contribute to food- and climate- security today.