Overcoming Bottlenecks in the Eastern US Chestnut Industry: An Impact Investment Plan

The chestnut industry is positioned to become an important growth sector in the Eastern U.S. agricultural economy as well as a significant solution to reducing US CO2 emissions, according to a recent report released by the Savanna Institute. The full report, “Overcoming Bottlenecks in the Eastern U.S. Chestnut Industry: An Impact Investment Plan”, is available at https://www.savannainstitute.org/chestnut-impact-investment-report/

Chestnuts are a unique temperate nut crop with a starchy texture that can serve as a staple food and as a replacement for corn in processed food and industrial applications.  They are currently grown in 27 countries around the world, led by China where farmers have cultivated the Chinese chestnut for food production for centuries. The global market for chestnuts is $5.4 billion and is projected to increase by 2.2% annually over the next five years. 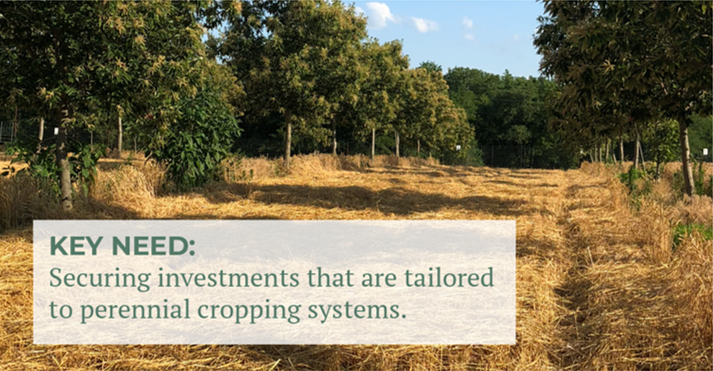 Row crop agriculture covers over 3.28 billion acres of land globally – an area equal to half of all land in North America. This practice has considerable negative environmental impacts, including substantial greenhouse gas emissions. Transformative solutions that transcend the fundamental issues of annual crops are needed in the face of climate change. Perennial staple crops like chestnuts are one such solution. 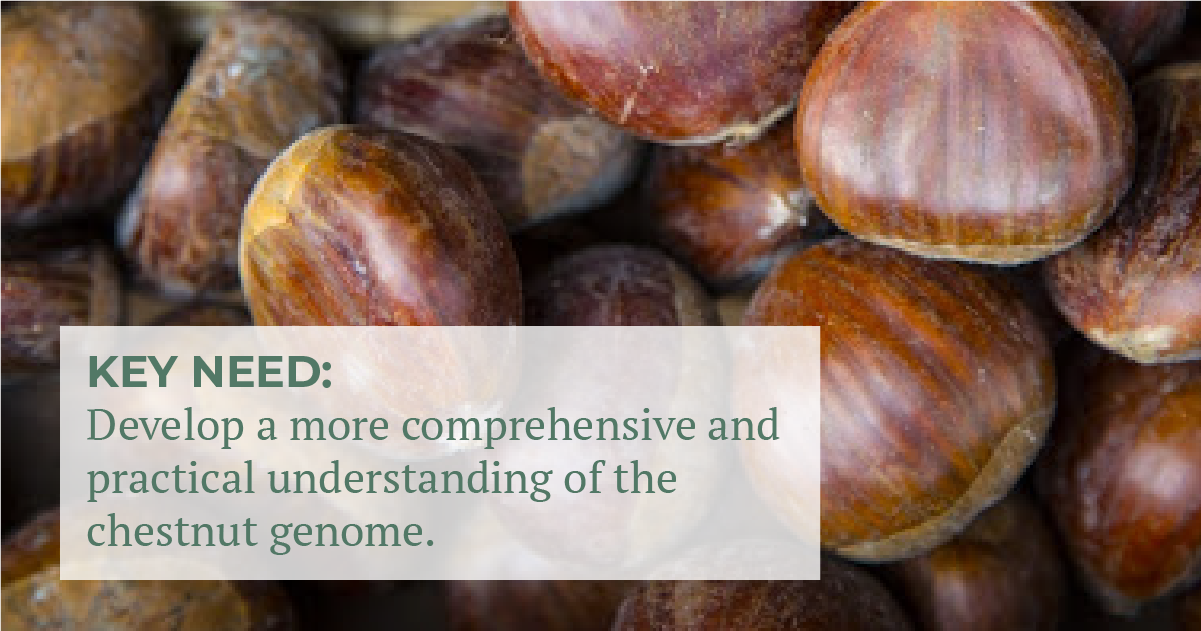 Worldwide demand for chestnuts exceeds all other nuts except for coconuts and peanuts. The genetic diversity within the chestnut genome, in combination with breeding work that has been conducted for thousands of years, makes chestnuts a resilient perennial crop capable of being scaled up quickly. Modern chestnut cultivars produce nuts relatively early and on an annual basis and the nutritional profile closely matches that of corn and rice. The protein in chestnuts is high quality and contains an amino acid balance similar to milk or eggs. Growth is being driven by an expanding middle class around the world and increased interest in healthy eating and gluten free alternatives to grain. Chinese farmers in particular have worked over the centuries to transform the chestnuts that originally grew as a native forest tree into an orchard crop. In addition to Chinese chestnuts, species of chestnut from Korea, Japan, the U.S., and Europe have all been domesticated and crossed with each other. This has created diverse chestnut germplasm with great potential to be further developed as a commercial crop.

Despite this promising position and substantial work to date, multiple bottlenecks limit the growth of the Eastern U.S. chestnut industry. Effective clonal propagation protocols are needed to provide inexpensive clonal planting material. Infrastructure and best management practices need to be enhanced, and, until the recent establishment of a Chestnut Improvement Network based at the MU Center for Agroforestry, a lack of robust cultivar trials and ongoing breeding work in the U.S. has hindered widespread commercial establishment. The lack of a mechanism to improve the availability of low-risk farm startup capital costs is also a major hurdle for growers wishing to plant chestnuts at a significant scale. 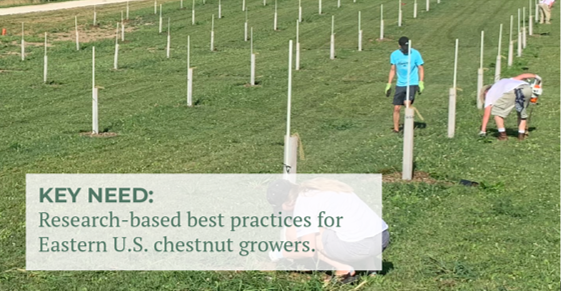 The new impact investment plan presents ways to overcome these obstacles and suggests entry points for public, philanthropic, and private capital to make positive social and environmental impacts. The concluding chapter – a ranking of strategies for development of the Eastern U.S. chestnut industry – outlines a plan based on potential impact, investment needs, relative urgency, expected timeframe, and dependency on prerequisite activities. Support for enacting these strategies will hasten the expansion of the Eastern U.S. chestnut industry and a truly ecological agriculture. 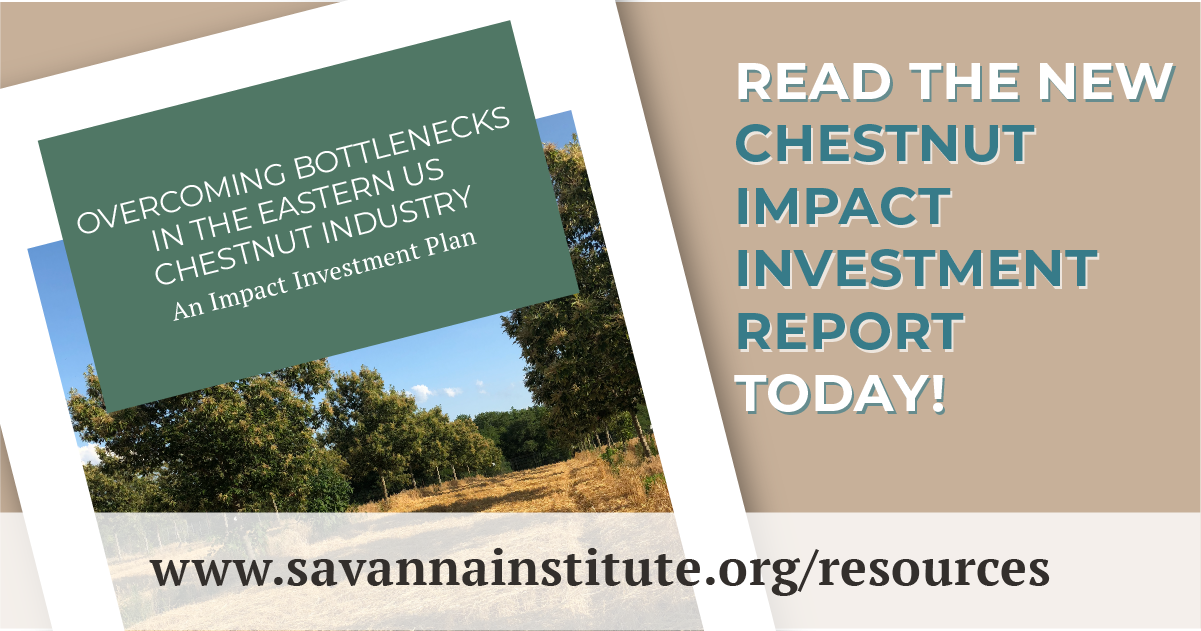