The NAAC conference will have 9 different conversation-based talks with topics that explore the opportunities offered by agroforestry. We have highlighted a few speakers here and their plenary topics. Remember to register for the virutal conference here: https://www.savannainstitute.org/agroforestry-2021/

On June 29 the talk The Tree Toolbox will focus on food, forages, fiber, and more: the toolbox of trees is deep, multifunctional, ancient, and plentiful. We will explore the major opportunities agroforestry presents. With Eliza Greenman with The Fruit Explorers, Sarah Taylor Lovell with University of Missouri Center for Agroforestry, and Gary Nabhan. Check out Gary and Eliza’s bios below. 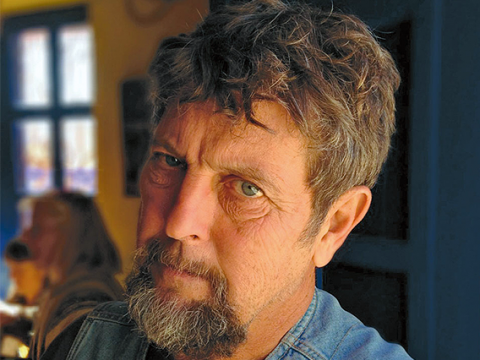 Gary Nabhan is an Agricultural Ecologist, Ethnobotanist, Ecumenical Franciscan Brother, and author whose work has focused primarily on the interaction of biodiversity and cultural diversity of the arid binational Southwest. He is considered a pioneer in the local food movement and the heirloom seed saving movement.

He has an M.S. in plant sciences (horticulture) from the University of Arizona (1978), and a Ph.D. in the interdisciplinary arid lands resource sciences also at the University of Arizona (“Papago Fields: Arid Lands Ethnobotany and Agricultural Ecology”, 1983). During this time he started working with, and learning from farmers and foragers in several indigenous communities on both sides of the U.S./Mexico border.

He co-founded Native Seeds/SEARCH while working at the University of Arizona, with both organizations co-hosting the first-ever national conference on community-based seed banks and heirloom seed saving. Native Seeds is a non-profit conservation organization which works to preserve place-based Southwestern agricultural plants as well as knowledge of their uses (1982-1993). He then served as director of conservation, research and collections at both the Desert Botanical Garden (1986-1993) and Arizona-Sonora Desert Museum (1993-2000), where he did the research to help Secretary Bruce Babbitt create Ironwood Forest National Monument.

He then became founding director of the Center for Sustainable Environments at Northern Arizona University in Flagstaff, AZ (2000-2008). In 2008 he moved back south to Tucson and joined the University of Arizona faculty as a research social scientist with the Southwest Center, where he now serves as the Kellogg Endowed Chair in Southwestern Borderlands Food and Water Security. There, he founded the Center for Regional Food Studies and catalyzed the initiative to have UNESCO designate Tucson as the first City of Gastronomy in the U.S.

He is currently married to cultural ecologist and indigenous health activist Laurie Monti (formerly of the Christensen Fund and four universities) and lives in Patagonia, Arizona on a five-acre homestead to the southwest of Tucson. He farms a diverse set of heirloom fruit and nut varieties from the Spanish Mission era and from the Middle Eastern homelands of his Lebanese ancestors, as well as heritage grains and beans adapted to arid climates. 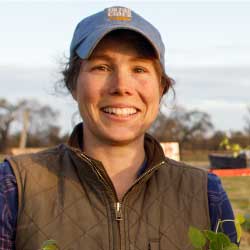 Eliza Greenman is a forester-turned-heirloom orchardist, creating and managing low-input orchards for niche processing outlets has been my focus for over a decade. Along the way, I visited the genetic homeland of many temperate fruits in Central Asia to learn about how the wild fruit forests in Kyrgyzstan have been managed with livestock for centuries to produce organic meat/milk and fruit/nuts. The idea of having livestock integrated into the orchard design (which I soon found was called “silvopasture”) to supply an early and annual source of income was very attractive to me. My farm, HogTree, was founded to further develop my own concepts for designing diverse fruit and nut agroforestry landscapes that not only producing high-value niche products – like cider, Apple butter, etc- but also doubles to offset the feed costs for livestock grazing below the canopy. As a veteran fruit explorer, I select tree crops genetics in the landscape based on their value to agroforestry, history, and economic qualities (high sugars, low tannins, excellent disease resistance, etc) and use these high value genetics in my client plantings.

On July 2nd, look to Mobilizing a New Agriculture to wrap up the plenary sessions. In his plenary conversation We will look back over our collective learning and plan our perennial path forward. From cross-cutting policy to grassroots organizing, we need strong action to create a future where the climate crisis does not exist. Speakers for this talk are Reginaldo Haslett-Marroquin with Regenerative Agriculture Alliance, Meghan Giroux with Interlace Commons, Sarah Wentzel-Fisher with Quivira Coalition, and Jesse Smith with White Buffalo Land Trust. Reginaldo Haslett-Marroquin began working on economic development projects with indigenous Guatemalan communities in 1988. He served as a consultant for the United Nations Development Program’s Bureau for Latin America and as an advisor to the World Council of Indigenous Peoples. He was a founding member of the Fair-Trade Federation in 1994.

Regi founded and Directed the Fair-Trade Program for the Institute for Agriculture and Trade Policy and founded Peace Coffee, a key program outcome. Before coming to the U.S. in 1992, Regi worked with artisan communities across the highlands of Guatemala, and built fair trade networks in Europe, the U.S. and Canada. Regi built programs for woodland owners in the Midwest.

Haslett-Marroquin was named one of the Twin Cities International Citizens of the Year in 1996. In 2008 he received both the Northfield and College City and Southern-MN District Service to Mankind awards. He has served on numerous non-profit boards including the North Country Development Fund (currently Shared Capital Cooperative), the Northfield Area Foundation, the Northfield Area YMCA, the Conservation Corps of MN and IA. He is the current MOSES’s Board VP (Midwest Organic and Sustainable Education Service).

Haslett-Marroquin is an owner-founder of Regeneration Farms LLC, and Founder and President of the Regenerative Agriculture Alliance. Regi was awarded a prestigious lifetime Ashoka Fellowship in 2018 for his work in Regenerative Poultry Systems, which is at the center of a multitude of national and international initiatives. This system is designed to be uniquely aligned with the social and economic, conditions of new, immigrant, small farms, and marginalized communities. The system is designed for large-scale and global impact.

At the Regenerative Agriculture Alliance, Regi works on system-level strategies designed for global application, currently, his work covers communities in the US (Bordering region of MN, IA and WI, Omaha, Mead and Winnebago NE, Pine Ridge SD), Hazelton British Columbia, Mexico, and Guatemala. Regi received his agronomy degree from the Escuela Nacional Central de Agricultura, studied at the Universidad de San Carlos de Guatemala and graduated from Augsburg University in Minneapolis with a major in international business administration and a minor in communications.

Regi currently lives and farms at Salvatierra Farms, a 75-acre family farm home to Tree-Range® chicken and eggs in Northfield Minnesota with his wife Amy and their youngest son Lars Decarlo. The farm is being built to further advance Regi’s work in regenerative poultry, to demonstrate his system, and to pivot regional and national conversations and adoption of regenerative poultry. Their other children are William and Ana Nicktae, both living in California. Most recently, Regi authored “In the Shadow of Green Man”, My Journey from Poverty and Hunger to Food Security and Hope. It can be ordered from the publisher acresusa.org, Amazon and numerous other book sellers. Meghan Giroux is an agroforestry researcher and practitioner with nearly two decades of experience growing perennial crops in agricultural and nursery settings. Her graduate research sought to understand the barriers to adopting agroforestry in northeastern North America.  With support from the USDA and the New York State Department of Agriculture and Markets, Meghan is developing a 23ha farm to demonstrate the usefulness of agroforestry and associated land-use practices. Meghan is the founder and director of Interlace Commons, a nonprofit dedicated to promoting the adoption of land-use practices that address climate change and land degradation and move toward resilient, biodiverse landscapes that enhance rural livelihoods. She is currently a Climate Adaptation Fellow.

Jesse Smith is the Director of Land Stewardship for White Buffalo Land Trust and has been working for the past decade to develop a resilient food economy in California’s Central Coastal region. He’s an agricultural producer with a background in communication and industrial design and has devoted his professional endeavors to agricultural system design and community development to achieve evolutionary change within our food economy and ecology. In addition to his role as Director of Land Stewardship at WBLT, he is a Board Trustee at the Santa Barbara Botanic Gardens, a member of the Santa Barbara Food Action Network, part of the Green America Carbon Farming Innovation Network, and a contracted consultant to the Kiss the Ground Farmland Program.