Agroforestry at the Society of American Foresters National Convention

Approximately 30 people participated in the field trip, which included stops at several sites in the Rio Grande Valley south of Albuquerque. At the community center in the village of Tome, we first learned about the Indigenous, Hispanic, and Anglo history and cultures of New Mexico before going out to see how the community manages their traditional irrigation system, called an acequia. We also toured the Whitfield Wildlife Conservation Area, a pecan farm, and the NRCS Plant Materials Center in Las Lunas, which is a cooperative program with New Mexico State University (NMSU).

Agroforestry seemed to be an unfamiliar term to many of the people we met on the field trip, but one of our speakers in Tome said that in preparation for our visit he looked it up and thought, “Oh, they mean what we’ve been doing in this region for centuries!” Some traditional practices could be considered to be agroforestry, such as the multi-species homegardens around some Hispanic homes, but there appears to be relatively little of the five most common temperate agroforestry practices with the possible exception of riparian buffers. The potential for a greater amount of agroforestry in the region seems evident, however, and the NRCS/NMSU facility in Las Lunas may be particularly well-suited to assist with this since their research includes many potential agroforestry species (Figure 1). 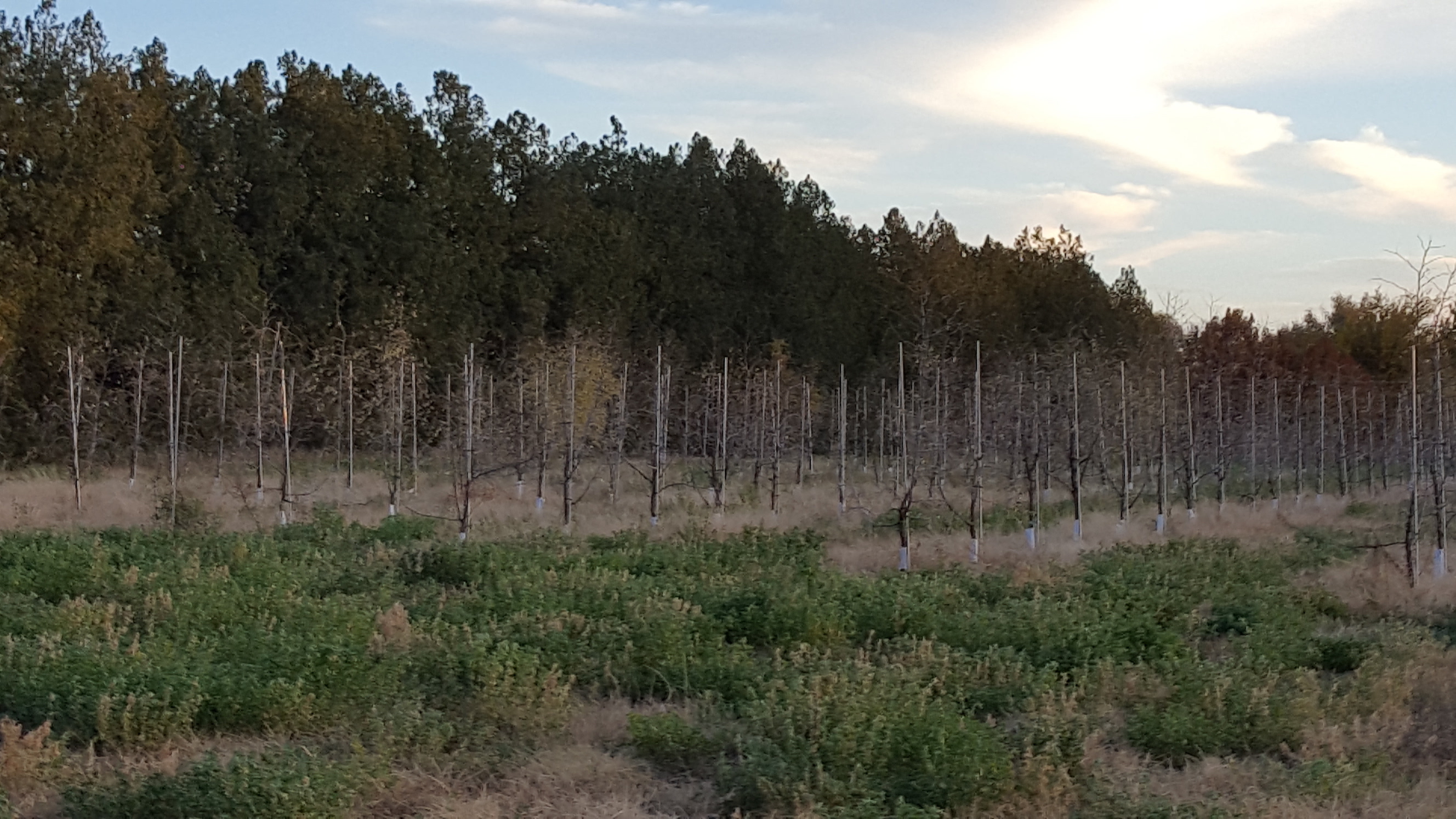 The session on agroforestry was moderated by AFTA Board Member Joe Orefice and included two presentations by AFTA Past President John Munsell and some of his colleagues. The topics ranged widely, from agroforestry nutrient credit trading in the Chesapeake Bay Region to the prospects for establishing an agroforestry program at a small private college in India. There was also a very interesting presentation by Hannah Hemmelgarn, from the University of Missouri’s Center for Agroforestry, on work she had done to encourage high school agriculture teachers in Missouri to include more agroforestry in their curricula.

Two of the presentations helped to demonstrate the potential for additional agroforestry work in the Southwest. Samuel Allen, from the NMSU Agriculture Research Facility in Farmington, gave a data-rich presentation that summarized the 15 years of work that he, Mick O’Neill, and others have conducted on hybrid poplars. There is clearly potential to use some of the clones that they have found to do well in this region for purposes such as windbreaks, alley cropping, and small woodlots (Figure 2). 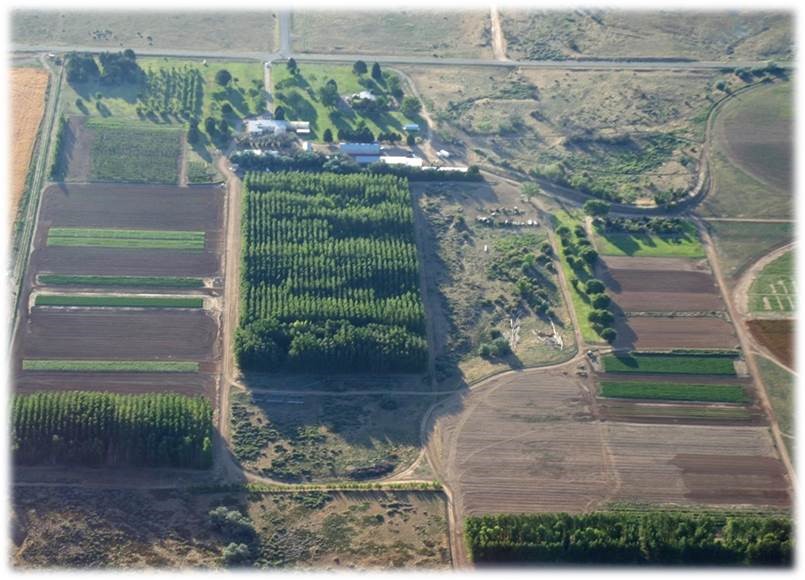 Andrés Cibils, also from NMSU, gave a very interesting presentation on a project conducted in central New Mexico that involved putting GPS collars on cattle and tracking their use of large pastures that consist of both open areas and areas dominated by pinyon-juniper woodland. He and his colleagues have collected several winter seasons or full years of very detailed information on cattle use of these pastures (Figure 3). Their data demonstrate that cattle make preferential use of the wooded areas of the pastures at certain times, such as on exceptionally cold days and when the cows have their calves. He was also able to learn about some of the nuances associated with cattle use of woodland areas, such as how the density of the trees affects use. Another interesting finding was how much variation there was among individual cows on how they used the pastures, with some being much more inclined to use the areas furthest from water sources. 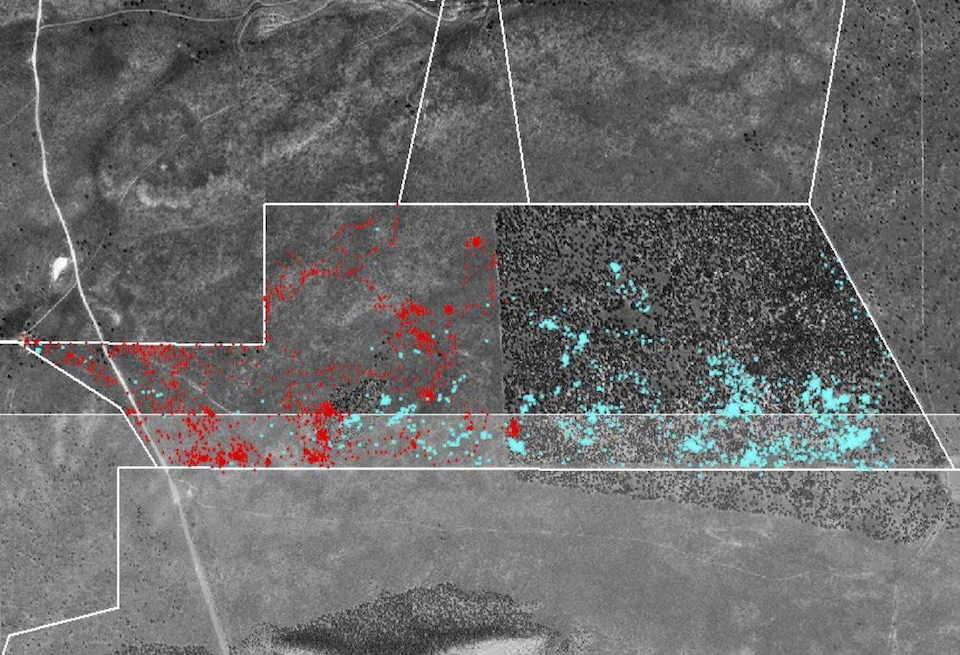 Figure 3. Image from Andrés Cibils’ presentation depicting the GPS locations of cattle during a winter season. Locations in blue are from relatively colder days than the locations in red and show a clear preference for the pinyon-juniper woodlands on cold days.

Finally, we had one of the biggest agroforestry working group meetings in recent years. At the meeting the torch was handed from the current chair Joe Orefice to the incoming chair, Tracy Coulter, who is the Agroforestry Coordinator for the Pennsylvania Department of Conservation and Natural Resources. There is a strong interest among the working group members to collaborate with AFTA on a range of issues, especially on how we can promote agroforestry in the next Farm Bill. Nine of the working group members then went out to dinner to continue the conversation and to bring the agroforestry-related elements of the SAF convention to a very enjoyable close!