The first edition of Temperate Agroforestry Systems, an edited volume by Andrew Gordon and Steven Newman, was published in 1997 (Gordon and Newman 1997).  This was an important contribution, but there has been much progress on the science and application of agroforestry in temperate regions over the past 21 years.  I was therefore pleased to have a chance to review the second edition of this book, which has a publication date of March 2018 (Gordon et al. 2018; Figure 1). 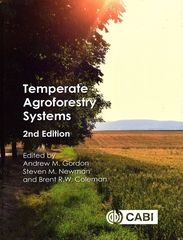 Figure 1. Cover of the second edition of Temperate Agroforestry Systems.

The new edition is structured in a similar way to the first, with an overview chapter, a series of chapters on specific countries or geographic regions, and a synthesis-type final chapter.  In addition to adding Brent Coleman as a third editor, a notable aspect of the second edition is the sheer number of other contributors, which increased from 23 to 55.  I believe this is partly a reflection of the increasing number of researchers engaged in temperate agroforestry work.  Maybe it is also a result of the increasingly connected global network of scientists and practitioners, due in part to organizations such as AFTA.

While the structure of the second edition is quite similar to the first, new chapters have been added on Chile and the Indian Himalayan region.  In addition, the original chapter on North America has been divided into separate chapters on Canada and the US and the original chapter on Europe has been split into ones on the UK and the rest of Europe (presumably not as a direct response to Brexit!).  There are now 10 chapters that focus on specific countries or regions, compared to the original six.  The other countries or regions that are covered include China, temperate Australia, New Zealand, and the Patagonia region of Argentina.

The more common temperate agroforestry practices received most of the attention and in some cases chapters were focused almost entirely on one general type of practice, such as silvopastoral systems or forest grazing in the cases of New Zealand and the Patagonia region of Argentina.  This is entirely reasonable based on where the research has been focused, but it was nice to see that there was increased coverage of topics such as ecosystem services and new tree-crop combinations (e.g., Nothofagus tree species and the Chilean white strawberry).  It was also a pleasure to see the way that some chapters, especially the one on Europe, combined so effectively their coverage of newer agroforestry practices and state-of-the art research with content on traditional practices that have been employed for centuries.

While it was great to see all the updated and new chapters, with references to so much recently published research, I was a bit disappointed by the relative lack of content on home gardens (aka food forests).  The overview chapter includes this statement: “Home gardens, a tropical agroforestry type used to describe the diverse array of plants and trees found adjacent to dwellings, is generally not considered an important form of temperate agroforestry.”  A very similar statement appears in the final chapter, not to mention in the overview chapter of the first edition.  Only four of the geographically focused chapters had brief sections or full paragraphs on food forests, including the US, UK, temperate India, and China chapters.  The authors of the UK chapter placed their coverage of food forests in a section entitled “Radical Approaches to Land Use in the UK Incorporating Elements of Agroforestry.”  There is clearly a growing interest in both rural and urban food forests in temperate regions, but this does not yet seem to be fully recognized or supported by agroforestry researchers.  Hopefully this is an area where much progress will have been made by the time a third edition of this book is published.

Despite this one relatively minor disappointment, I believe this book is a very valuable and timely contribution to the field of temperate agroforestry.  I have found this to be the single best resource currently available to help me get a grasp of the state of the science and, to a lesser degree, the state of adoption of agroforestry practices in temperate regions.  I’m sure many AFTA members and others with an interest in agroforestry will find this to be an equally valuable resource.