A Pecan-Based Agroforestry System in Arizona

It may be surprising to some readers, but the Southwestern U.S. is a major producer of pecans. The 65,000 acres under production in New Mexico and Arizona, combined with high average yields per acre, help to make these two states the second and fourth largest pecan producing states in the U.S., respectively (USDA, 2020). Most of those acres are monocultures, with the ground kept largely bare using herbicides or mechanical weed control to facilitate harvesting (Figure 1). A notable exception is the seven acres of pecans managed by Frank Geminden in Camp Verde, Arizona. His approach is an example of pecan production that is also agroforestry. 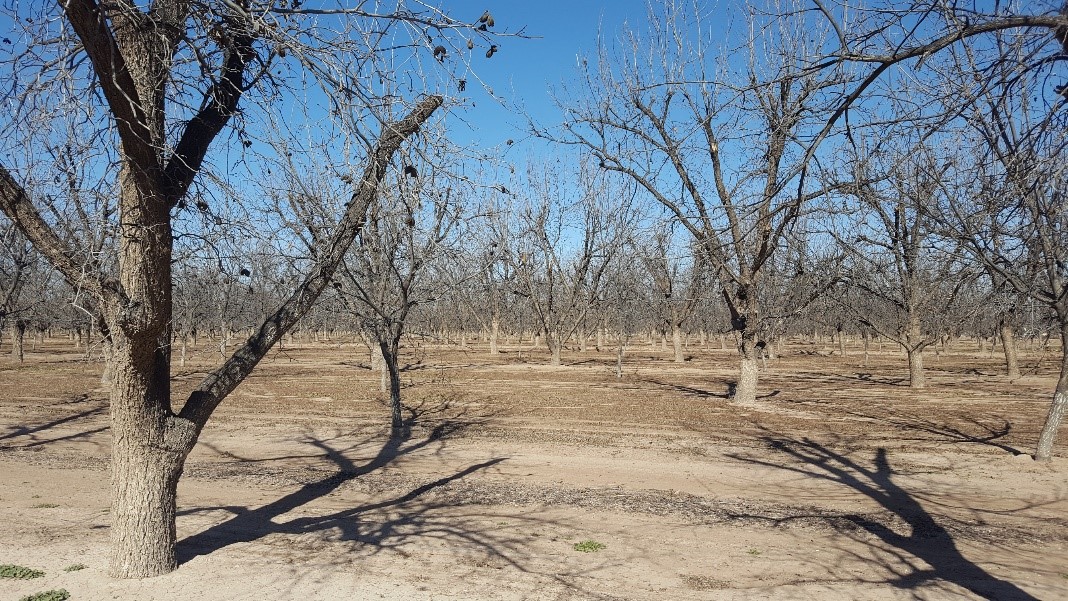 Figure 1. A winter scene of a pecan orchard near Las Cruces, New Mexico, showing the bare ground that is typical of many orchards in the region.

Originally from eastern Kentucky, Frank and his wife Karen settled on a one-acre property in Camp Verde in the 1990s. Adjacent to their original property was an old sheep pasture, which Frank was able to purchase. After considering various options, Frank chose to establish a pecan orchard, based in part on what he saw doing well in his vicinity. Although he has training in agricultural economics, Frank had no prior experience growing and processing pecans. What he did have, however, was good quality farmland with access to a community-managed ditch system carrying enough Verde River water to irrigate his property, along with about 600 acres of other people’s land. For several years, Frank served as the “ditch boss” for the five-mile-long ditch, a challenging job for which he was featured in a National Geographic article (Russell-Sluchansky, 2014).

Frank started planting 20 years ago, and today his operation consists of approximately 170 trees of three varieties, Cheyenne, Pawnee, and Wichita, planted with 40x40 foot spacing. Typically, he produces around 15,000 to 20,000 pounds of pecans (in the shell) from this operation each year, which he processes on site and markets through direct sales, including at three farmers markets. In some ways, his operation is typical of at least the smaller orchards in the region, with flood irrigation, annual applications of urea, and other practices similar to his neighbors. What makes this operation unusual, and a good example of agroforestry, is that it includes forage and blackberry production within the orchard.

Almost the entire ground layer of the orchard is covered in grass, primarily fescue, with some clover and other species. Frank harvests and bales this as forage for several head of cattle and sheep that he keeps on a neighbor’s property immediately across the fence from his orchard (Figure 2). He keeps the livestock out of the orchard to avoid contamination of the pecans while they are being harvested, so this does not qualify as silvopasture. It is, however, a good example of integrating livestock into a larger orchard/agroforestry operation. 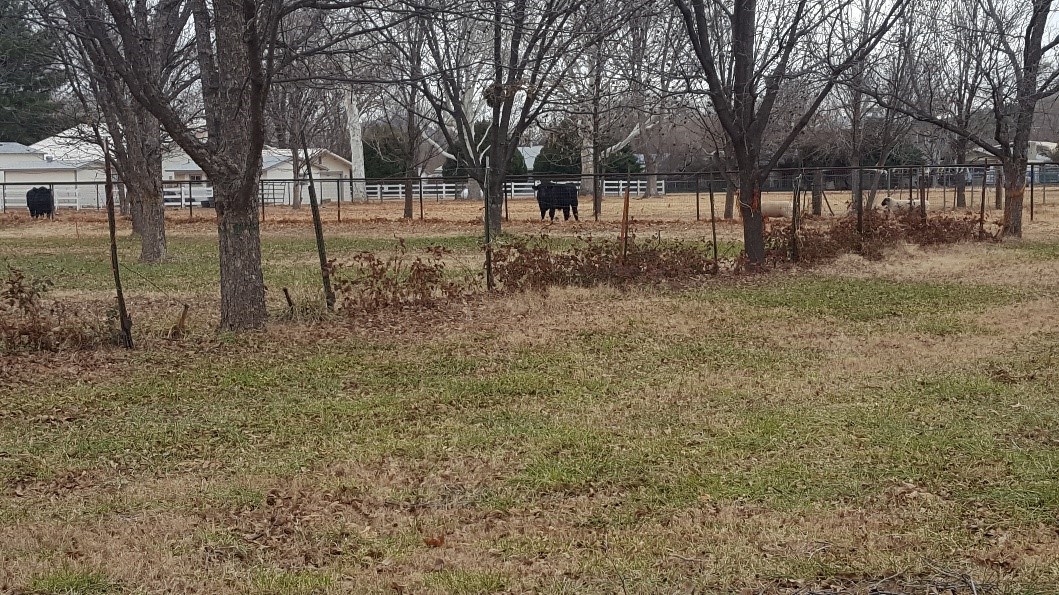 Figure 2. Cattle and sheep are kept just across the fence from the orchard. A row of blackberries can be seen in the foreground (December 2021).

The blackberries are a relatively minor part of the operation, with five 120-foot rows planted directly under trees (Figure 3). The source of his blackberries is another unusual feature of his farm – they come from plants growing along the banks of the nearby Verde River. While producing blackberries directly under the trees clearly works, Frank does not intend to expand this part of his operation, in part because harvesting the berries, which ripen in June, is a hot and relatively unpleasant experience in this part of Arizona. 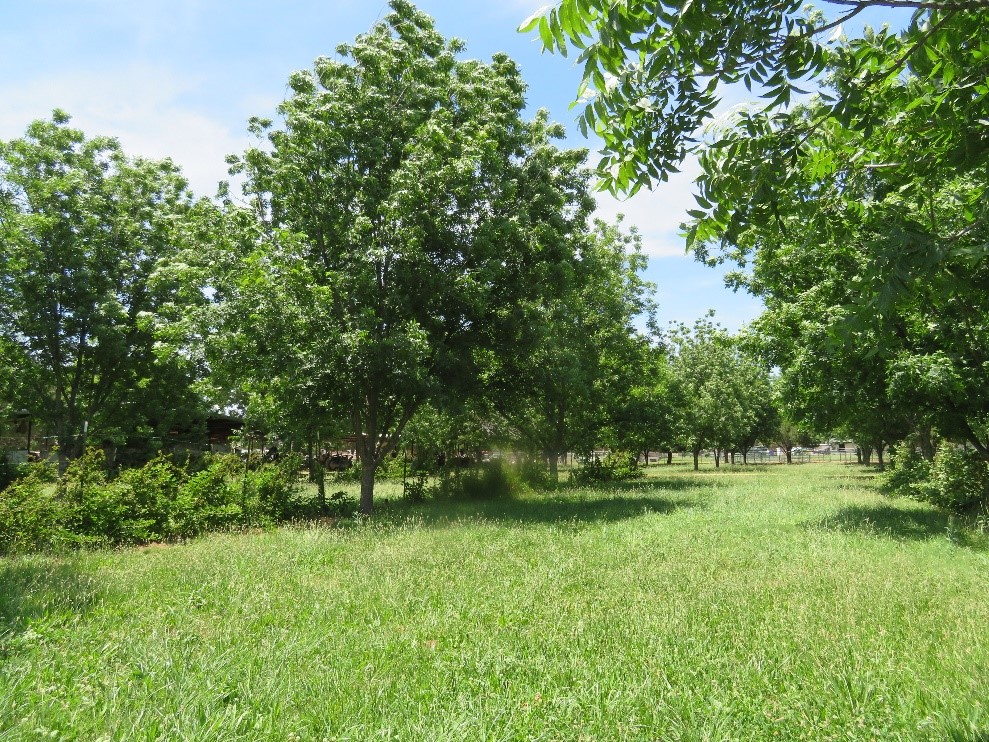 Figure 3. The orchard in June 2017, showing lower layers of blackberries and forage grasses.

Frank has had occasional losses due to raccoons, crows and ravens, and sometimes late frosts result in substantially reduced production. The bigger challenges, however, are due to the availability of labor and making this small operation profitable. He hires some part-time help at various times and has arrangements with friends who sell his pecans and blackberries at farmers markets for a share of the revenue. His operation, though, is close to a one-man show. There are perhaps two main things that have helped keep the operation economically viable. One is that Frank has a real knack for finding and fixing up, or even entirely fabricating from old parts, equipment to use for every phase of the operation (Figure 4). He does not buy new equipment and therefore keeps his capital costs down. Second, Frank has a small-scale, but vertically integrated, operation. He would not be able to be as profitable if he sold his pecans on the wholesale market. By processing his own pecans and selling them at the retail level, he can maximize the returns on his production.

Figure 4. A tumbler used to sort pecan nuts made from old bicycle rims, hardware cloth and other spare parts.

While Frank has a well-established and efficient operation, with healthy, productive trees, the future is less certain. At this writing Frank is 75 years old, and he has been thinking about what will become of his farm. It is located in an area with a rapidly growing population, with residential lots intermixed with small farms (Figure 5). The property he bought for around $150,000 could now be sold for closer to $1 million, although this would likely result in the conversion of the property into residential lots or even a trailer park, something Frank does not want to see happen. He has considered options such as a conservation easement, but the future of his trees remains uncertain. 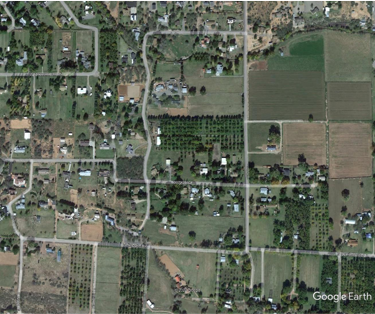 Figure 5. Frank Geminden’s farm is shown in the center of this image from November 2018. It is within a landscape of other orchards and farms, along with an increasing number of residential lots. The irrigation ditch can be seen in the upper part of the image.

Frank feels fortunate to have a wife who made an off-farm income that was sufficient to help purchase the property he manages and to reduce the financial pressure he would otherwise feel. He also feels fortunate to have been able to purchase land before prices rose to their current, rather exorbitant levels. He worries about young people today who would like to get into farming, which is a challenge everywhere and perhaps even more so in locations such as central Arizona, where land prices are rising so fast. Hopefully a solution for Frank, and so many others in similar life stages, will be found that allow such good quality land to remain in agriculture (and especially in agroforestry!).