What type of biomass crops should growers focus on for soil organic carbon sequestration: Herbaceous or Woody?

The University of Guelph established its long-term biomass research infrastructure in 2009 (Figures 1 and 4) to study the long-term C gain potentials at the system-level in woody (poplar and willow), and herbaceous (miscanthus and switchgrass) bioenergy crop production systems on marginal lands in Sothern Ontario, Canada, and their future contribution to climate change mitigation efforts. For this purpose, above- and belowground biomass and soil C sequestration in woody and herbaceous systems were quantitatively assessed at the end of 2017 and 2018 growing seasons (late fall) by destructive sampling technique. SOC data obtained from 2017 and 2018 were then compared with the baseline 2009 SOC values to determine SOC gain or loss over the nine years since the establishment of the biomass test plots (Figure 4). Bulk density samples were also obtained for each cropping system (willow, poplar, switchgrass, and miscanthus) at 0–15 cm and 15–30 cm depths in 2009 and 2018 to allow carbon stocks to be calculated for each depth (Graham et al. 2019). Woody cropping systems had significantly higher aboveground biomass C stock of 10.02 compared to 7.65 Mg C ha−1 in herbaceous biomass system. However, there was no significant difference in the belowground biomass C values. Poplar and willow (woody crops) and switchgrass (herbaceous) were able to increase SOC significantly over the nine-year period. However, the gain in SOC in the nine years (∆SOC) was not significantly different between woody and herbaceous biomass crops; 11.0 and 9.8 Mg C ha−1, respectively. Results also indicated significantly higher total C pool [aboveground + belowground + soil organic carbon] in the willow (103 Mg ha−1) biomass system compared to other bioenergy crops. At the systems level, over a period of nine years, woody crops had only 1.35 Mg C ha−1 more than the herbaceous biomass systems, suggesting that the influence of woody and herbaceous biomass crops at the system level carbon gain were similar. This study only looked at carbon sequestration by both biomass systems over a period of nine years. Therefore, there is a need to continue to study these systems over the next 10 years in order to fully understand the carbon sequestration potentials by these biomass systems. In addition to carbon sequestration, ease of adoption (conversion of low productive agricultural lands to biomass cropping systems), market demand (quality of biomass for specific end-use), and other uses of biomass (animal feed, bedding etc.) can also influence the growers to decide on what type of biomass to grow. 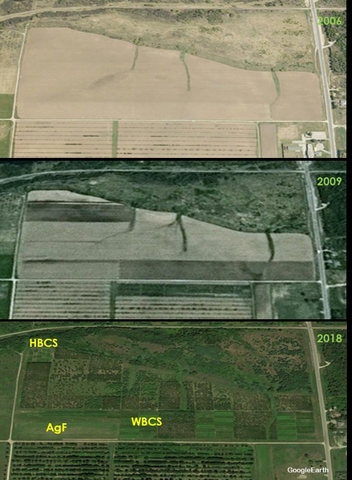 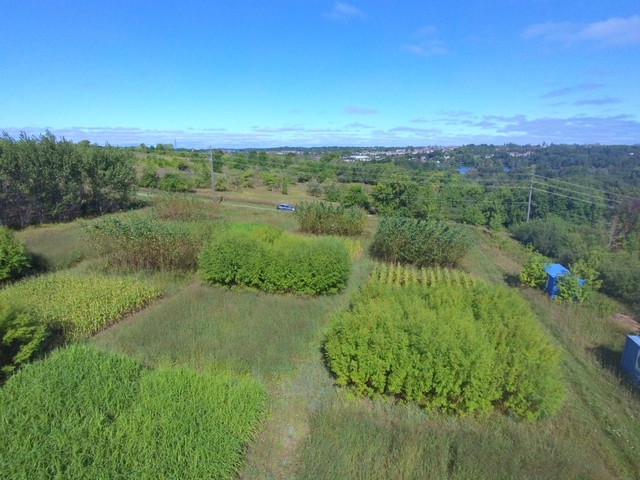