In silvopasture systems, plant physiology and forage management are important for overall productivity and profitability of the system. This may be especially important when considering forage utilization by grazing ruminants. Soluble sugars or water soluble carbohydrates (WSC) may influence cattle preference and selectivity of forages in a grazing system (Horadagoda et al., 2009). This desire to select may be behavior drivers for ruminants, causing them to selectively graze certain species or areas of the pasture during specific seasons and times of the day. Various physiological, environmental, and management factors including fertilization, time of day, season, and warm- vs cool-season species effect WSC concentrations. Understanding these factors and WSC is especially important in silvopasture systems that may contain alleys of cool- and warm-season species. Therefore, researchers at USDA ARS Poultry Production and Product Safety Research sought to examine the effects of these management strategies on WSC concentrations in a silvopasture near Fayetteville, AR (Figure 1 and Figure 2). 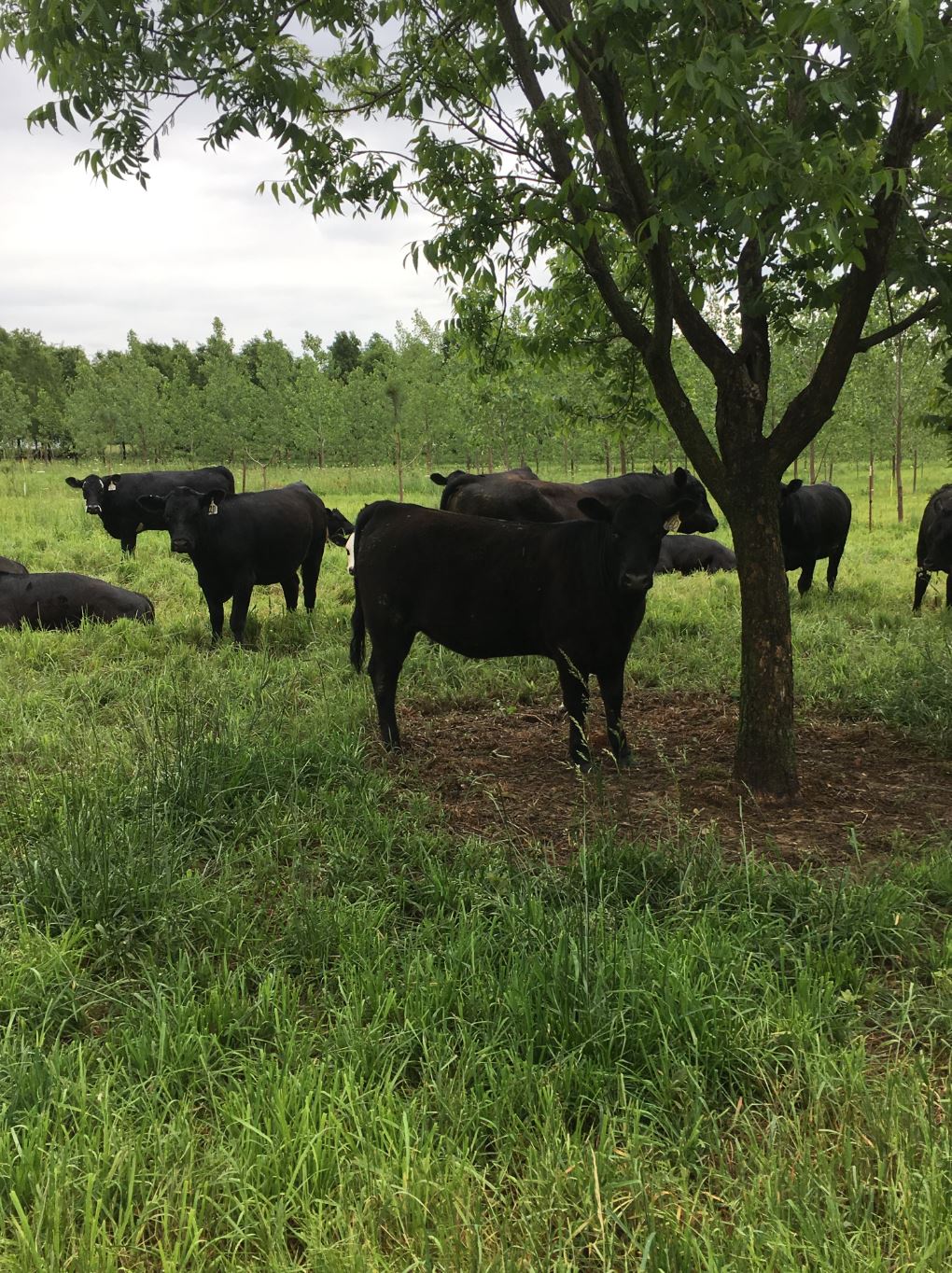 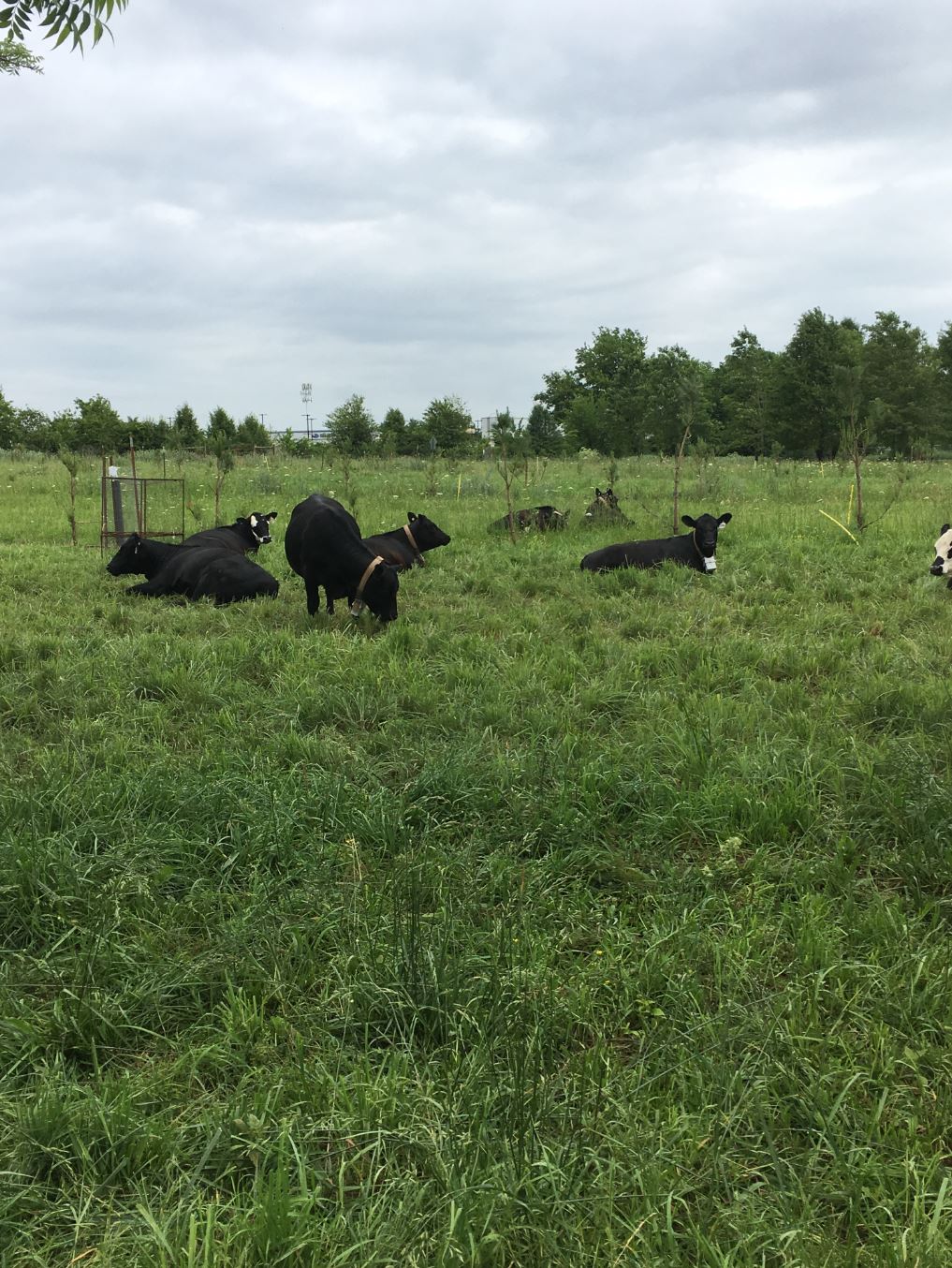 Figure 2. Beef cattle fitted with GPS cattle grazing in the agroforestry plots. The forage quality data generated in this project will be used to develop understanding of the motivations of cattle when grazing in these plots. 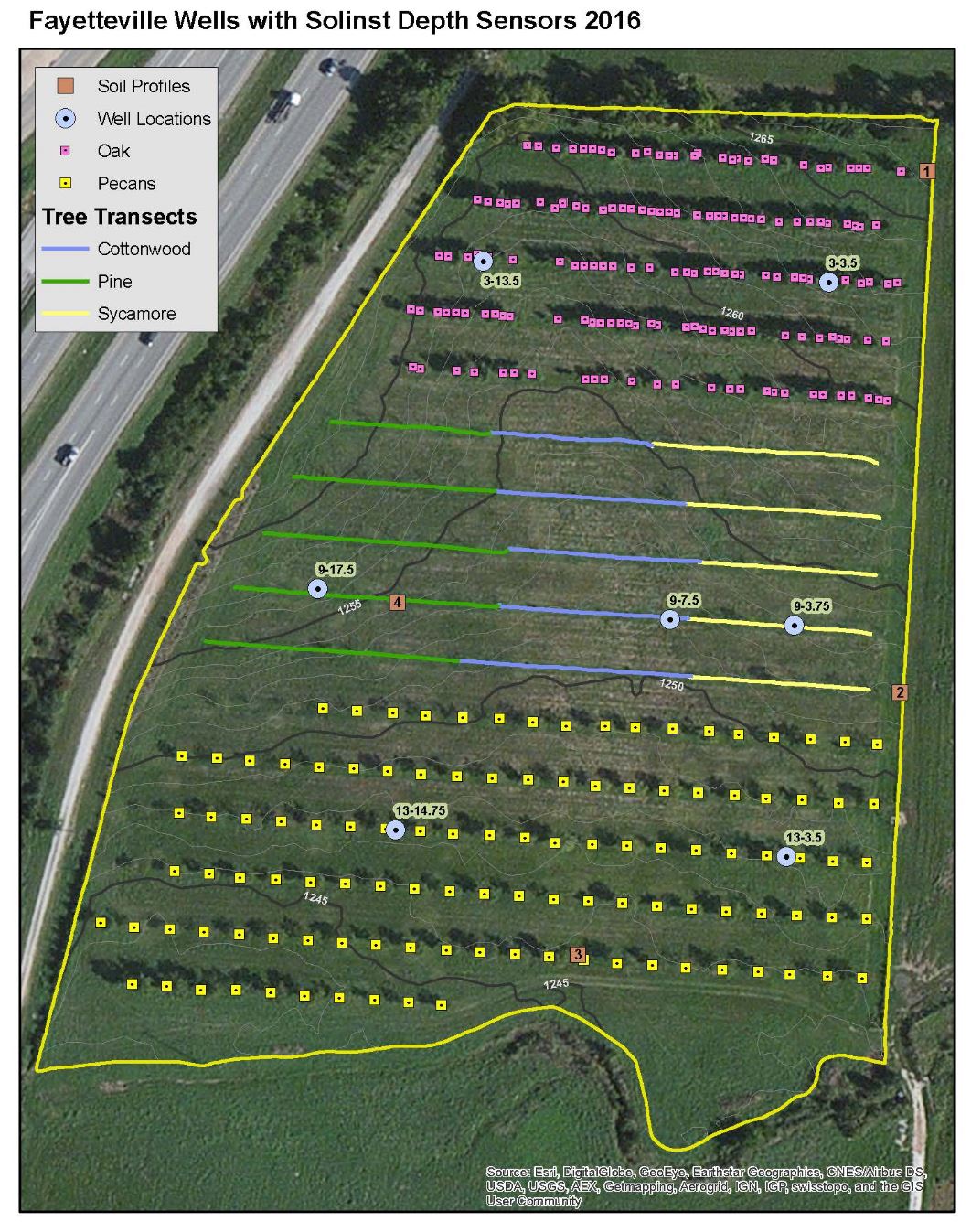 The study was conducted over two years from approximately May to July. Poultry litter was applied at a rate of 185 lb of N to half of the plots in March 2018 and April 2019. Un-grazed forage samples were taken from enclosures placed in the centers of alleys (to reduce effects from shading) with three replicates to determine WSC. Sampling occurred at 4 sampling dates per year at, approximately, mid-May, late-May, mid-June, and late-June. On each sampling date, samples were collected at four time points (8 am, 11 am, 2 pm, and 5 pm) to identify diurnal fluctuations in sugar concentration. Analysis of variance tests of WSC were performed using the MIXED procedure of SAS. In each model, forage species, fertility (poultry litter and the control), and sample date were considered fixed effects, whereas sampling timing within sampling date was considered a repeated measure. Plant height was used as a covariate.

A date × sampling time interaction was detected (P ≤ 0.05; Figure 4) for WSC. The greatest concentration of WSC was observed in mid-June at 11 am, though was not different from 2 pm or 5 pm. The interaction between date and time is likely a result of interactions between plant maturity and daily WSC accumulation. From mid-May until mid-June, grasses are in state of vegetative growth with a greater biomass contribution from leafy components (Dickerson et al., 1997). As the grasses mature, an increase in cell wall components reduces the concentration of WSC. Although not consistent across all sampling dates, daily fluctuations in WSC within sampling dates generally indicated a lower concentration in mornings than in later hours of the day. Through photosynthesis, plants accumulate WSC during the day for use during the night, when plants are using respiration rather than photosynthesis, resulting in low levels of WSC in the morning and an accumulation of WSC during the day (Collins et al., 2017). Applications of poultry litter did not affect (P = 0.15) WSC accumulation across forage species, sampling dates, and sampling times. The main effect of forage species was also observed (P < 0.05), in which, orchardgrass had greater WSC than native grasses because cool-season species contain less lignified secondary cell wall and higher concentrations of cell contents (Morgan and Brown 1979).

Accumulations of WSC in forage are important to determine forage utilization by animals in silvopasture systems. In this study, WSC were greater in orchardgrass compared to native grasses. Diurnal changes affected WSC with greater storage in forage sampled at 1100 and in late hours of the day compared to samples collected at 800 in the morning.  Application of poultry litter did not affect forage WSC concentrations. Further research could determine if WSC concentrations can drive the behavior of ruminants in silvopasture systems with complex forage management. 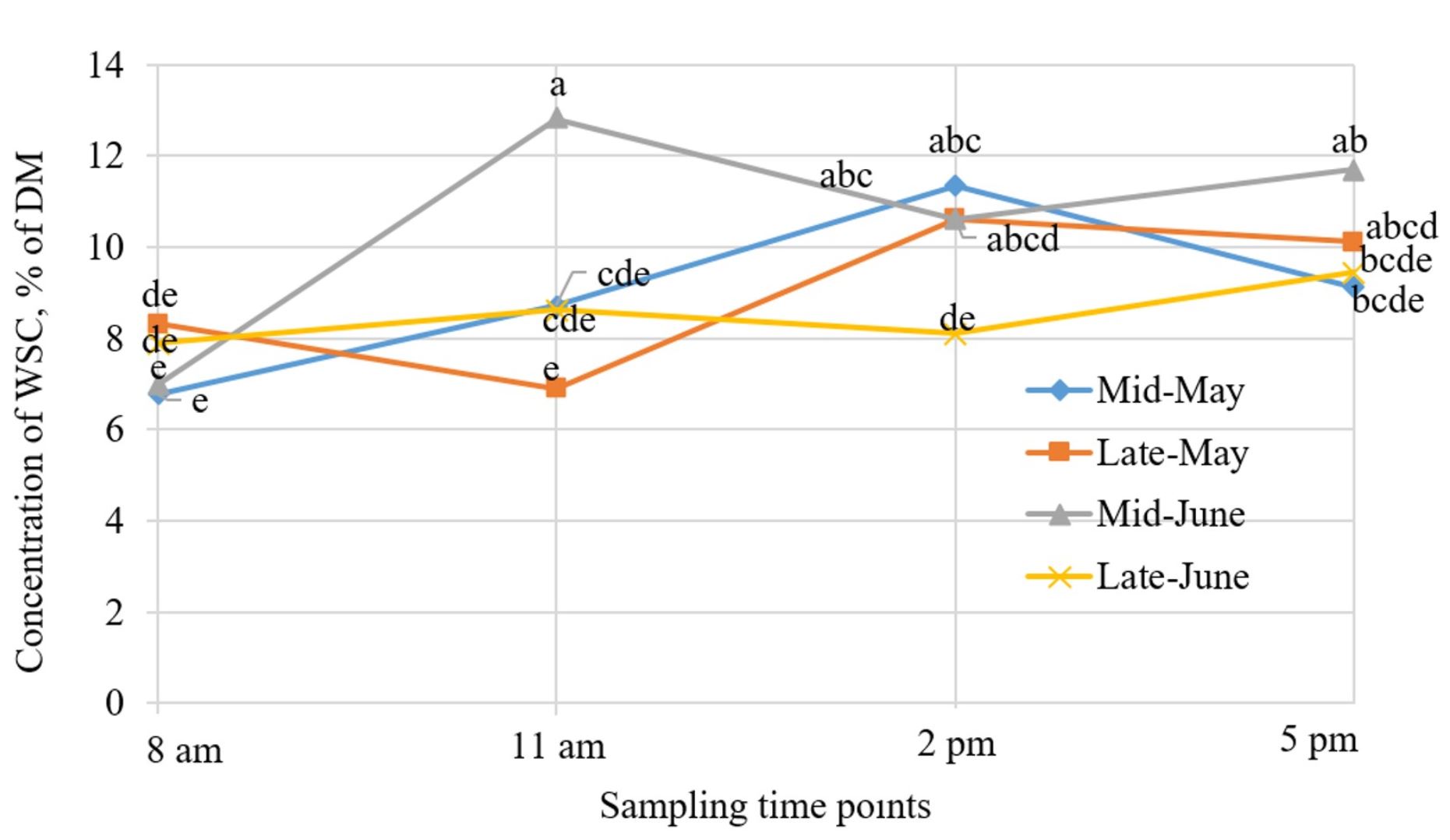