Researchers at the University of Arkansas and USDA ARS Dale Bumpers Small Farms Research Center (DBSFRC) are investigating forage establishment and persistence in loblolly pine plantations in Arkansas. There has been an increased interest in silvopastoral systems in Arkansas due to incentives related of diversified production as well as creating wildlife habitat and additional hunting and grazing land. Many small beef producers have attempted to establish silvopastures, but have failed to maintain forage for grazing, discouraging further pursuit (Huff, J., personal communication).

Several forage species have been tested in silvopastoral systems in the mid-South US, including perennials, annuals, and warm- and cool-season species. Among the well-studied cool-season perennial species are tall fescue and orchardgrass. Tall fescue can be successfully integrated into silvopastoral systems (Lemkuhler et al., 1999) and tends to persist well even in minimally managed loblolly pine silvopastures (Burner and Brauer, 2003). Orchardgrass is also well suited for wooded areas and has greater forage production than tall fescue in loblolly pine plantations at DBSFRC (Burner, 2003). Annual cool season species, such as annual ryegrass, are other good options for silvopastures. Although annual planting is required, ryegrass is fast-growing and dry matter accumulation is high in spring when there is little competition for water with trees, but ceases by the end of June, when water competition with trees increases. A pilot study was conducted at DBSFRC starting in fall 2017 to test establishment and growth of annual ryegrass and orchardgrass in a loblolly pine plantation (Figures 1- 3). 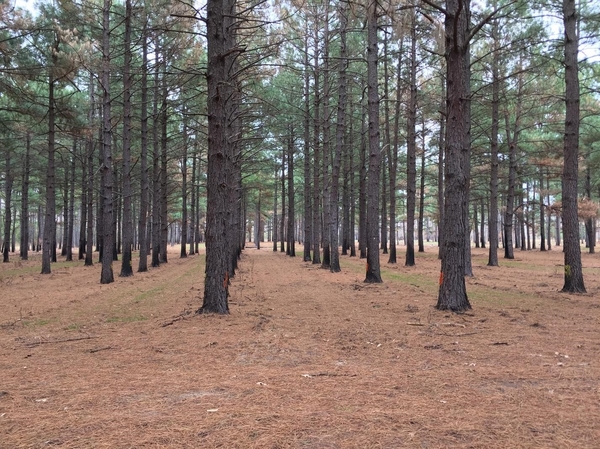 Figure 1. Fall of establishment. Annual ryegrass is first to emerge seen in the alternating alleys. Alleys were lightly disked before planting with a brillion seeder. Pine needle fall is a concern during establishment, but as long as seeds have good soil contact at planting, needles should not be an issue. 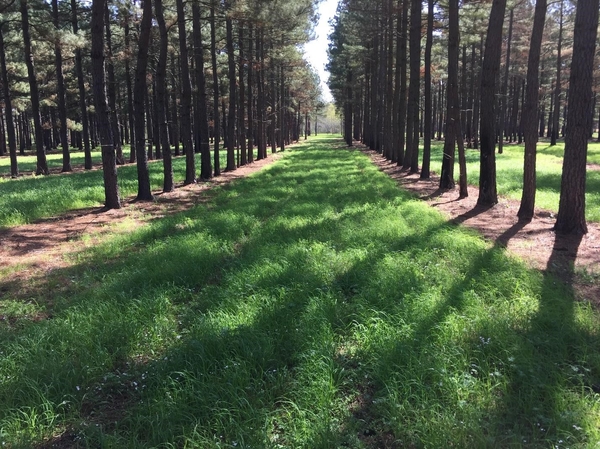 Figure 2. By late spring both grass species are thriving in the pine alleys. 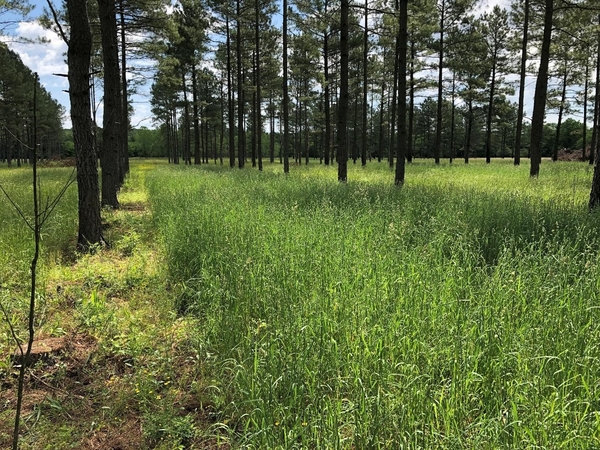 Figure 3. Orchardgrass the second summer after planting. Orchardgrass has been allowed to head out and reseed itself to increase plant density.

Although some information on grass performance exists, little research has been conducted on legume species in mid-southern silvopastoral systems. This research is warranted because the benefits of legumes to pasture include nitrogen fixation, increased plant diversity, and increased N cycling through consumption and defecation and urination on pasture. Cattle greatly benefit from legume mixtures because of higher crude protein concentrations and plant digestibility (Nieman et al., 2019). Among one of the most difficult obstacles to legume persistence in Arkansas loblolly pine plantations is low soil pH, which may range from 4.5-5.5, whereas legumes prefer soil pH ranges from 6.5 to 7. The amount of lime necessary to increase pH to maintain legume persistence may be restrictive for many small beef farmers. However, some annual legumes, such as crimson and arrowleaf clover are tolerant of low pH. Arrowleaf clover has proven to persist very well in the pine plantations at DBSFRC.

Over the course of the project, a video series and handbook will be created focusing on different topics surrounding silvopasture establishment and management in the mid-South. This video series aims to provide a visual for silvopastoral development as well as step-by-step guidelines for interested producers to follow. There are three collaborator farmers involved with the project that will have demonstration plots on their farms and will help with the creation of a video series. We have designed this experiment to best represent what current small beef farmers are interested in and will potentially adopt. By increasing our knowledge about forage establishment in silvopastures and by providing step-by-step demonstrations based on knowledge gained from research and practicing silvopastoralists, we can support interested and new beef farmers to adopt this sustainable practice.