A Multifunctional Riparian Buffer for Water Quality and a Diversified Farm

A hard-packed gravel road winds along the North Fork of the Holston river through a picturesque valley in southwest Virginia, leading to August Salmon and Julianne Michael’s Salmon’s Willow Bend Farm. August and Julianne have lived and worked at this farm for several years, making innovative use of the gently sloping pasture and forested hills. Now, with the assistance of Appalachian Sustainable Development’s (ASD) multifunctional riparian buffer project, they are able to both protect and farm the rich bottomland along the river and spring-fed creek.

August and Julianne have a diverse farming operation, organically growing and selling vegetables to local farmers’ markets and restaurants. Online marketing allows them to sell a variety of products, including inoculated shiitake mushroom logs, duck eggs for crafts, plant cuttings, sun-chokes, and more. Last fall, they expanded their production of unconventional products by planting a multifunctional riparian buffer along their section of the North Fork. ASD is spearheading this effort to encourage farmers like the Salmons to plant native fruits and nuts that have potential for commercial production along waterways. 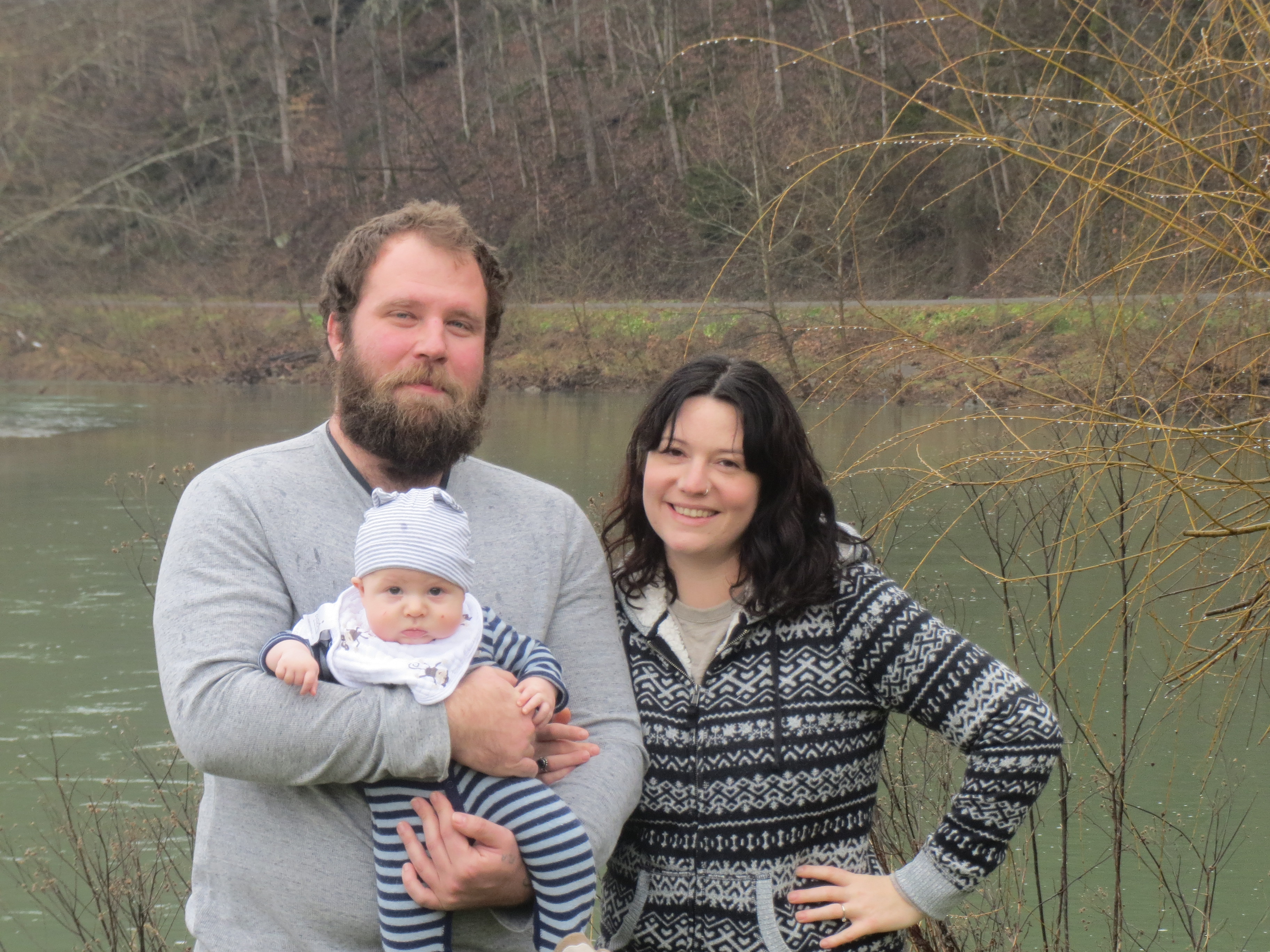 Funded by the Natural Resources Conservation Service, and in partnership with the U.S. Fish and Wildlife Service, this Conservation Innovation Grant project builds on the idea of a traditional riparian buffer. A vegetated strip along a waterway, riparian buffers reduce non-point source pollution by filtering and slowing water flow, stabilizes the banks and prevents erosion, and provides wildlife habitat. They are often planted with a mix of relatively unmanaged native hardwoods. Alternatively, multifunctional riparian buffers offer landowners like the Salmons an added incentive to adoption by allowing the perennial harvest of fruits, nuts, and woody florals for sale or personal consumption.

There are several considerations for designing a multifunctional buffer. Landowner’s preference and site characteristics guide which plants to include in a buffer planting plan. Possibilities include: pawpaw, elderberry, american persimmon, american plum, blackberry, hazelnut, black walnut, red osier dogwood, pussy willow, among others. Almost all of these species have been improved to produce larger, better tasting, and more consistent fruit and nuts or more attractive woody cut florals. The upfront investment for these improved varieties is greater, but may be worth the additional cost depending on the intended use of these products.

Ways to reduce costs associated with using superior trees include planting: live stake cuttings, nuts and seeds from improved parent trees, wild seedlings that are grafted with improved scion wood after establishment, and seedlings from improved varieties. Some tree species are consistently similar to the parent tree, while others vary. To reduce the amount of trees purchased, trees can be planted according to their spacing needs and compatibility with companion plants rather than in a 10-foot grid pattern.

There are some challenges in designing these types of buffers. First, deer pressure is usually intense as riparian areas are often natural travel corridors for these animals. Protection for the trees can be costly, especially for shrub species, which may require posts and fencing. There are few edible species that will tolerate low, waterlogged areas for a long time. Willows, dogwoods, aronia, wild plum, and mulberry are an exception. Furthermore, periodic intensive flooding can wipe out a stand of newly established trees. Finally, markets for many of these natives are limited but expanding every year, as public interest in local foods grow. It may take some creativity and consumer education on the part of the grower to find or create markets for these products. ASD is working with growers to develop local direct and wholesale markets for fresh and value-added products.

Despite the challenges, riparian buffers provide important ecological functions in the landscape. By designing these buffers to bring additional food and income to landowners, their value increases in tangible ways, providing added incentives to adopt this practice and to make the buffers a permanent fixture on the farm.

For more information:
ASD partnered with the National Agroforestry Center to create a “working trees” publication outlining the benefits of multifunctional buffers. Access this document here: http://nac.unl.edu/documents/workingtrees/infosheets/WTInfoSheet-MultiFunctionalBuffer.pdf
More information about the work of ASD can be found at www.asdevelop.org.